Experience our workout for free. Please fill out the form and a member of the team will be in touch.

All fields are mandatory unless indicated as optional.

Haven’t Got Time for the Pain: When to Push Past It and When to Stop 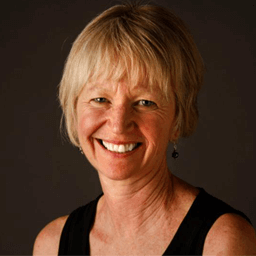 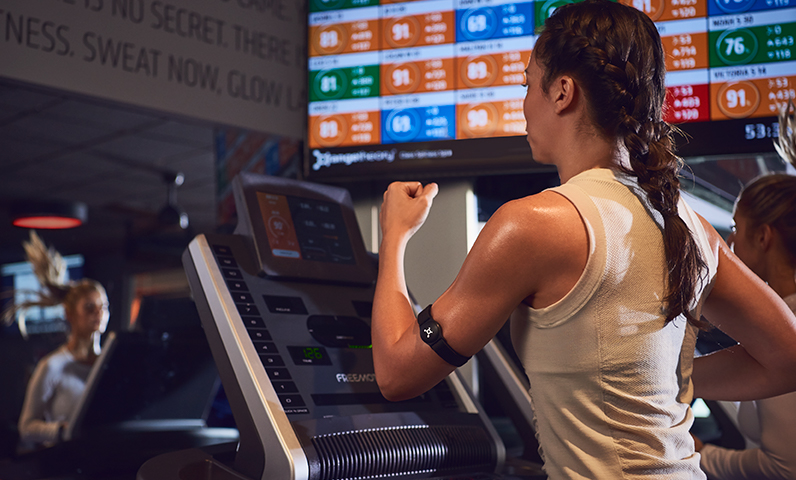 Maybe you’re running up a steeper-than-steep hill when your chronic knee pain kicks in, making you screech to a halt halfway up. Or you’re swimming laps, and suddenly the idea of moving your exhausted arms one more time seems overwhelming.

Or maybe while rowing during your Orangetheory Fitness class, you feel a twist in your calf muscle. Or while lifting yet another weight during the same class, that annoying lower back pain comes back with a sharp vengeance.

Any or all of those events probably have made you stop in your tracks and utter a certain two-word mantra accompanied by a palms-up shoulder shrug:

The simple answer: Sometimes yes, sometimes no. The more complicated one: It depends.

You don’t want to hurt yourself even more. Yet neither do you want to shortchange yourself by not giving your all.

Here’s a train of questions to ask yourself:

“You have to pay attention to your physical cues: knee pain, hip pain, joint pain; inability to catch your breath; dizziness,” she says. “Anything medically related is a deal breaker. But anything psychological — like thinking ‘Oh my God, I don’t want to run for the rest of the 30 seconds!” — you need to keep going.”

Multiple studies have been conducted on the connection or even competition between the mind and the body during exercise. You may feel whipped, Irene says, but “research has found you still have about 60 percent in your reserve tank.”

A study led by Samuele Marcora, director of research at the School of Sport & Exercise Sciences at the University of Kent in England, elaborates on the mind/body battle.

“Performance is not directly limited by muscle fatigue, but rather by perception of effort,” he says in a Shape magazine article. "We create our own limits in large part because of what our brain thinks we're feeling rather than what may actually be going on deep in the trenches of our muscles."

Determining whether the mind or the body wins out during a workout is an open-ended question, says exercise physiologist Fabio Comana, who teaches behavioural science at San Diego State University and is a scientific advisor for Orangetheory Fitness.

“The mind says ‘one more round,’ but we’re talking about the quality of the reps,” he says. “You have to respect the biology of the human body. When you say, ‘My energy is completely depleted; I’m tapped out and can’t give you one more,’ and then you don’t, the body is trumping the mind.”

Conversely, he says, your mind might say, “Just one more Burpee, no matter what,” and you do it. In that case, “it’s mind trumping body,” he says. “I actually recommend both once in a while.”

You want to push through discomfort. However, you want to be especially careful about pushing through pain — if you do so at all. During her Orangetheory workouts, Ida Mohebpour, 30, is keenly aware of how she feels during a class.

“I have a lot of physical limitations in my knees and everything hurts, all the time,” she says. “I can adjust what I do to alleviate some of the pain, but there will also be pain or soreness because I am working out muscles that haven't been used in a long time. I also take a pause during workouts to stretch out my muscle that is hurting or use lighter weights to make sure I do not hurt myself.”

Orangetheory coaches are trained to help members figure out what their bodies are capable of on any certain day, during any certain workout.

“I know you’re enthusiastic but if you try to kill yourself, you’ll drop out because you’re sore. We want you to have the quality, not quantity, of working out.”

One more thing: To stay as free from discomfort as possible, make sure to incorporate movement into your entire days not just the hour you’re working out. Click here for seven helpful stretches.

We Asked Fabio Comana To Comment On Several Common Physical Interruptions To Working Out. Here’s What He Had To Say:

Sudden knee pain while running. “This is concerning. Discomfort related to fatigue or hard work is acceptable and a normal part of training, but a sharp, sudden pain is not,” says Fabio. Stop the activity immediately, he advises, and seek a professional’s expertise.

Calf cramp. Muscle cramping has long been associated with dehydration, excessive fluid and electrolyte loss through sweating, and hot, humid environments, he says. Now, many experts think cramping is linked to neural fatigue, which involves abnormal nerve input to the muscle. Either way, Fabio says, “the individual should stop exercising and allow recovery time to restore normal neural function, plus drink electrolyte-containing fluids.”

Headache. It may be unrelated to exercise and be brought on by stress, anxiety, sleep debt, dehydration, medication, hormonal changes and/or loud noise “which could be an issue in an OTF class,” he says. However, he adds, “if the headache is exacerbated by exercise or the headache diminishes exercise capacity, the individual should not exercise or perhaps taper down their intensity.”

Back twinge. This could be associated with a muscle that isn’t completely warmed up, poor technique or bad body position. “It may trigger something completely benign or become a major source of back pain,” Fabio says. The discomfort may resolve itself, or it could get worse, resulting in muscle spasms that require medical attention.

Chronic back pain. This is an entirely different issue, he says, which should be evaluated before participating in any exercise. The medical professional may suggest tapering down or stopping exercise loads temporarily or adjusting workouts to not make the pain worse.

General fatigue. Some is normal during a workout, but if it happens before exercise, it could indicate sleep debt, poor nutritional intake or general malaise associated with overtraining or the onset of illness. “This increases the risk for potential injury and should not be ignored,” Fabio says. He suggests shifting the workout focus to quality (“good reps”) rather than movement quantity (pushing hard to complete as many reps as possible). Or just skip the workout and rest.

Nausea. Whether it’s an illness or a reaction to something eaten, “exercise should be avoided because it alters our GI function, which can cause more duress,” he says. “High-intensity exercise that elevates blood lactate and hydrogen levels can trigger nausea. If that’s the cause, slow down.”

All WorkoutsArticlesOrangetheory.com
Book a Class Online