Nothing ordinary about it: Here’s how to conquer the DriTri during the pandemic. 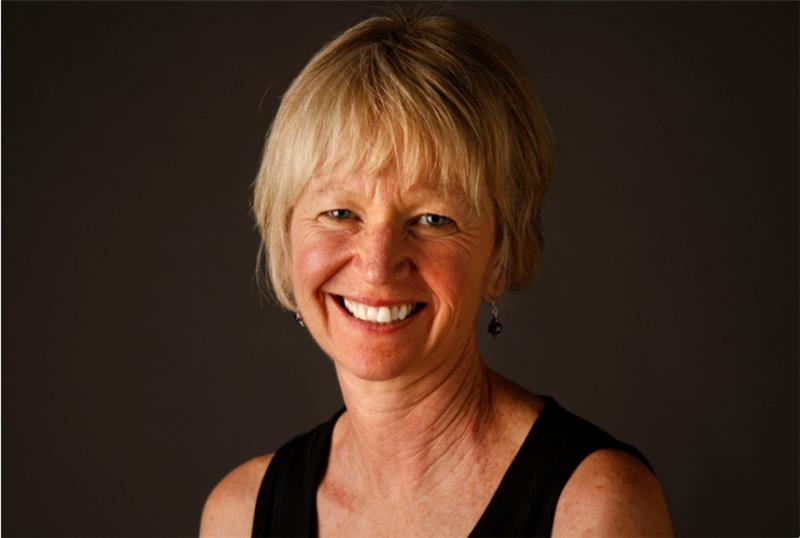 Who among us couldn’t use a surge of self-confidence, a boost of belief, a scoop of support? Especially, let’s add here, during these times.

All of us, of course. But that need especially holds true when we’re embarking on something we perceive as intimidating. (Yeah, like we need one more scary thing in our lives!) Something like the Orangetheory Fitness DriTri — which, pssst, isn’t really scary. More about that later.

YOU CAN DO IT.

Jeremy Whitehead, an Orangetheory coach in Albany, N.Y., calls the DriTri “the ultimate benchmark event. You try to get your best time, then six months later you try to beat yourself. A select few members are in there to be competitive, but the main goal is to be competitive with yourself.”

And what better way to do that than by participating in the DriTri?

The event, as its name indicates, is a triathlon performed on dry land — in this case a dry OTF studio or even your own home. Unlike a traditional triathlon that includes a swim, a DriTri consists of a 2,000-meter row, 300 bodyweight exercises (like burpees and pushups) and a 5K on the treadmill for runners, joggers and power walkers. Variations abound, by the way; just ask your coaches.

It costs $25 — way less than a regular triathlon. For that, not only do you gain self-confidence; you also get a medal to represent your achievement and OTF swag, not to mention oohs and ahhs from your OTF workout buddies.

“It’s a challenge,” Jeremy says, “and you come away with a feeling of accomplishment.”

Granted, says Madison Senior of OTF in Smyra, Geo., a lot of people find the mere thought of the event daunting. But, she assures them, when you break it down, it can sometimes takes less time than a normal class. Or maybe it’ll take a little more. Either way, she says, “if you can do a class, you can do a Dri Tri.”

She and Jeremy agree that if you’ve been steadily taking three OTF classes a week, you’ll be more than ready to take on this challenge.

Shane Hall, 39, had belonged to Orangetheory for about a year when he did his first DriTri in the Georgia studio where Madison coaches. He’d been part of a DriTri relay — where three people team up, each doing one event — but never competed on his own. He was nervous, and watched social media videos of DriTri events in hopes of allaying his fears.

Looking back almost a year later, he wouldn’t trade the experience for anything. Not because of his performance — although he did better on the rower than he had anticipated. What brought the event so close to his heart was the empowerment the members brought to one another.

“We had all finished except one girl,” he says.

That participant was exhausted and had pressed the “pause” button on the treadmill. The time limit on the event had almost been reached, so Shane offered to finish the 5K for her. In true Orangetheory spirit, she said no and kept going. Jeremy and everyone else who had finished hopped back on their treadmills to complete the event with her.

“We all finish; it’s a community,” Shane says. “We’re not there to drag anybody down; we’re there to pull people up.”

Says Madison: “That happens every single time. Members feel like they’ve reached their max — the event is a challenge, after all — yet they hop right back on the treadmill. No matter who is last, everyone stays with them.”

Joya Abrams, 40, who also did the DriTri in Smyrna last fall, says such energy kept her going.

“It’s great having so many coaches in the room, and they’re all cheering you on while still coaching. What I didn’t anticipate was the energy of the other members encouraging each other.”

This year, the pandemic closed studios for a while, making the traditional spring DriTri date impossible. As the event gears up and studios follow local mandates for safety, it will look different: Social distancing requires participants be spread out. Members will be wearing masks if required by local mandates.

Additionally, there are options to do the DriTri at home and, in some studios, outdoors.

Such changes needn’t stop you from making this DriTri your best yet (until the next one six months from now, of course). Things are just a little different this time — but you’ve got this.

PREPARING FOR THE DRI TRI:

Do your homework. Ask class members who have done a DriTri what to expect. You’ve probably been wearing a mask during class for a while now, but read up on ways to make sure yours fits correctly, that you’re wearing the right one, and that you’re comfortable with it.

Doubt yourself? Your coach doesn’t. “When your coach says, ‘I believe you can do it. Sign up,’ people do,” Jeremy says. And if a coach believes in you, how can you not believe in yourself?

Leverage the Orangetheory tech. Use your very own metrics to set goals for the DriTri; the app has workout tips to tap into. Check your stats to see how you’ve performed during class workouts and use them to help pace yourself during each DriTri segment.

Eat what you’d normally eat before an Orangetheory class. “If people don’t usually eat pasta the night before a class, I don’t want people eating it before the DriTri, just because they think they’ll do better,” Madison says.

Hydrate. Of course you do that anyway. But the day before, make absolutely certain you do. Keep an eye on the color of your urine; the paler it is, the better hydrated you are.

Rest up. That means getting a full night’s sleep the night before.

DURING THE DRI TRI:

For the row: “Pace yourself a minute slower than your PR (personal record),” Madison says. “If it’s seven minutes for 2,000 meters, shoot for eight. Usually after a 2,000-meter row in class, you’re completely gassed and can’t do anything else. In the DriTri, in order to have enough energy for the floor exercises and the treadmill run, you need to pace yourself.”

For the floor exercises: Make sure you work them at a steady pace, she says. “It’s better to take small breaks between reps than a long rest after all of them. For instance, instead of doing 20 pushups at once, “knock off five. Do some breathing, then knock off five more, and repeat that.”

For the treadmill: “As soon as you’re done with the last rep on the floor, immediately go to the treadmill,” Madison says. “Don’t sit there and try to breathe or fix your hair or grab water. Press the green start button and walk. The sooner you start getting distance on the treadmill, the sooner you’re done. Instead of spending minutes standing there, you'll be building up distance.”

Once you’ve got your groove, use the method of running that has given you the best results during classes. For instance, Madison does intervals: She pushes herself for three minutes, then runs her base pace for one.

Congratulate everybody in your waves — not with hugs (this being the pandemic and all) but with air-fives, with smiles. Then relax. “What you did was a taxing exercise and a challenge,” Jeremy says. “Your body needs water and food and rest. Enjoy yourself.”

And be proud of what you’ve done, Joya says.

“You’ll be amazed at what you can do if you trust your body.”