Why setting goals matters, and how Orangetheory can help you reach them — physically and mentally 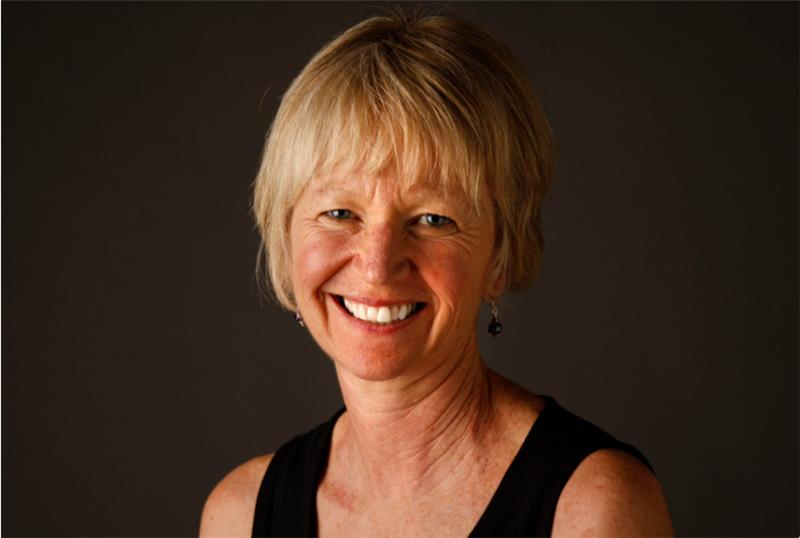 As humans, we are hard-wired to set goals, which we do in earnest: To lose weight. To become a doctor. To get out of debt.

That’s the easy part. Then comes the follow-through.

“Obviously it takes a lot of work, a lot of mental power,” says neuroscientist Dr. Shannon Odell, who is on the Orangetheory Fitness medical advisory board. “What you're trying to do is to train your brain to perform an activity, then to associate this action with a reward, and to do it so much that it becomes a habit.”

New Hampshire pastor and Orangetheory member Ben Siemon didn’t set out to follow that series of steps, but his journey mirrors it. His goal through the years has been weight loss, which he has met and reset when he’s veered off track and the pounds returned.

Then he and his wife Krystal found Orangetheory through several of their parishioners, including one who is an OTF coach. Ben and Krystal took a class, and were hooked. That was the beginning of Ben’s brain training. Not that it was easy. Not at all.

“I’ll be honest, man, I didn’t know how hard it would be,” he says. “I couldn’t walk up stairs after that first session.”

But he kept coming back, and everything — his body, his stamina, his flexibility, his mindset — began to change.

He and Krystal are doing more than working out. They’re also learning about health and fitness which, Ben says, “made it less about losing 50 pounds and more about the whole person. It morphed from ‘I gotta lose those pounds’ to ‘I want to be present, to be comfortable in my body.”

“From the research side, we talk about approach versus avoidance goals,” she says. “Rather than saying, ‘I want to lose weight,’ you might change it to what’s called a mastery goal: ‘I want to get better at tennis. I want to learn more about health.’”

“These goals can promote self-efficacy, a confidence in your ability, which ultimately can motivate us to do the behavior more,” she says.

(Did we mention Ben and his wife attend Orangetheory classes five days a week?)

Ellen Latham, Orangetheory Fitness creator and co-founder, says that for many years people thought the brain was rigid. Not so: Part of the brain’s beauty and mystique come in its ability to be rewired, she says.

The catch? Without fortitude, patience and determination to change your thoughts and actions, you’ll stay on Square One.

“Say as a child you got horrible messages that you were overweight,” Ellen says. “Now it’s 20 years later. I don’t care what program you do, what exercise. If you don’t change some of that neuroplasticity, that rewiring of the brain, you’re not changing anything.”

Which means goals remain elusive. But, she says, “When you can change chemistry through hope and perspective, you’re on your way.”

Keep in mind that goal setting is effective, says Kimberly Plessel, a registered dietitian on Orangetheory’s medical board, citing a 2015 study by psychologist Gail Matthews.

“People who set a goal achieved more than those who didn’t; people who had an action plan achieved even more,” Plessel says. “People with both of those who also had a timely follow-up did best of all.”

So where to start? At Orangetheory and anywhere in life, Ellen says, attaining goals begins with one word: Why.

“We want to bring to members’ attention why they’re there,” Ellen says. “If we forced everyone to sit down and give us 10 goals, they’re not interested. Instead, the ‘why’ is the key. When you really understand your ‘why’ in anything you do, you’ll go about things differently. You start those discussions and create feelings of hope and joy.”

Like Ben, Florida OTF member Chloe Duke initially considered weight loss to be her why. But after surrounding herself with positivity, knowledge and know-how at her Cooper City studio, Chloe’s focus has turned to health.

“The coaches and staff always encourage me — not to go outside my capability,” Chloe says, “only outside my comfort zone.”

She has been on this journey long enough to know that she won’t change herself or her life overnight. She does, though, remind herself that “it is scientifically impossible to NOT achieve my goals if I just keep going. Every step you take in the direction of your dreams takes you one step closer.”

Here are some tips to set and keep your eyes on your goals.

Write down your goals.

Yes, with a pen on real paper. “There’s a lot of research into how the act of writing it down is important,” Dr. Odell says. Adds Ellen: “Words create actions and actions create attitude.”

Make the goals yours.

If you’re setting goals someone else wants for you, you’ll get resentful or lose interest. “If you’re not excited about it,” Kimberly says, “you won’t want to do it.”

“Setting sights on a big goal is great, but sometimes it can feel overwhelming,” Chloe says. “I create monthly goals to work toward that ladder up to my larger goal.”

Kimberly and other professionals steer their clients toward this acronym: Specific, Measurable, Achievable, Realistic, Timely. “I look at goals as action steps,” she says. “You want to identify long-term outcomes, working to break each into an actionable step.”

“The coaches know what they’re doing,” Ben says. “I can’t believe the words coming out of my mouth, but I really enjoy working out. Am I going to fall apart if I don’t lose 20 more pounds? No. I’m still going to try, but internally, I’m the healthiest I’ve ever been.”